Botox Cosmetic, Dysport and now….. Jeuveau – which is right for me?

Many years ago, Botox® Cosmetic was introduced to the medical world for the treatment of muscle spasms. However, it was later discovered that Botox injections could also temporarily reduce or eliminate the prominence of the central frown line, forehead creases, crows feet and thick bands in the neck. Tiny quantities of the toxin are injected into the muscles where treatment is desired and the treated muscles weaken over the following week. The injection is quick, virtually painless and has no downtime. Most treatments last from 4 to 6 months and can be repeated as necessary.

Dysport is newer in the U.S. (on the market since only April, 2009), but it has been battling Botox head to head in Europe and elsewhere for several years already. Here’s what we know so far about the battle of these big boys in the nonsurgical esthetic arena: Botox, Dysport, and Jeuveau are botulinum toxin type A proteins and work in a similar fashion. Dysport may be minimally less expensive, but not enough so to make any significant difference cost-wise to the consumer. And, men and women both are enjoying the younger-looking effects provided by all three.

Jeuveau NEWTOX treatment is a new neuromodulator aka neurotoxin aka “Botox” FDA approved injectable aesthetic treatment for the temporary improvement in the appearance of mild to severe frown lines between the eyebrows (glabella) in adult patients. Jeuveau works by blocking communication between a nerve and its target muscle. This is safe and is the same way Botox and Dysport. Jeuveau is used for the treatment, control, prevention & temporary improvement in the appearance of moderate and severe fine lines on the face.

Can I have Jeuveau if I’ve had Botox or Dysport?

You can absolutely can have Jeuveau even if you have had Botox or Dysport treatments in the past. Jeuveau is simply a new type of neuromodulator treatment which is exactly what Botox is. The choice between Botox, Dysport and Jeuveau really comes down to the consumer. At The Bougainvillea Clinique, we offer these products to our patients and every treatment is performed by one of our licensed nurse practitioners.

How is Botox different from dermal fillers?

Botox is a neuromodulator, which means it works in a completely different manner than dermal fillers. A neuromodulator is an FDA-approved drug that works by reducing muscle contractions. During treatment, the provider targets specific muscles that are involved in the formation of dynamic wrinkles. For example, the small muscles at the center portion of the eyebrows contract inward when we frown, forming glabellar lines. When we inject these muscles with Botox, they relax enough to allow the overlying skin to smooth. Dermal fillers are not injected into muscle tissue; they are placed into the superficial layer of tissue that supports smooth skin via volume.

What parts of the body can Botox treat?

Cosmetically, Botox is commonly used on the face and neck to treat lines and wrinkles caused by muscular movement. Some of the most common corrections are made to:

Are there any risks to Botox?

Botox has been around for so long that its safety profile is well known. This FDA-approved drug should only be administered by a trained, licensed professional who understands proper dosing and technique. With that, the risks of Botox treatment are minimal. Side effects are typically limited to short-term swelling and redness. These are so subtle that they usually go unnoticed. It is relatively common for patients to also develop a mild headache after their treatment. This usually resolves within a few hours. If necessary, an over-the-counter pain reliever like acetaminophen can be taken. Headache and flu-like symptoms do not indicate a complication from treatment, just an increased sensitivity. Severe side effects from Botox treatment are very rare and usually related to an allergic reaction or misuse by an inexperienced injector. To understand the risks associated with your Botox treatment, talk to your provider about their familiarity with the drug, their training, and the number of treatments they perform on a regular basis.

Is it possible to combine Botox and dermal fillers together into one procedure?

Yes! Many people combine Botox with other injectables like Juvéderm or Radiesse products. Due to their different effects on facial tissues, neuromodulators and dermal fillers make very complementary treatments. The combined use of these drugs can enhance the overall anti-aging and facial contouring effects for more dramatic, satisfying results. Keep in mind that dermal fillers achieve immediate results, while the effects of Botox build over five to seven days.

How often can I receive Botox?

Botox can last from three to six months. The FDA has regulated use to every 90 days or longer. As the effects fade, patients may schedule touch-ups to promote younger-looking facial contours with very little effort or investment. Quarterly Botox treatments are safe, comfortable, and one of the most convenient ways to maintain a more vibrant appearance. 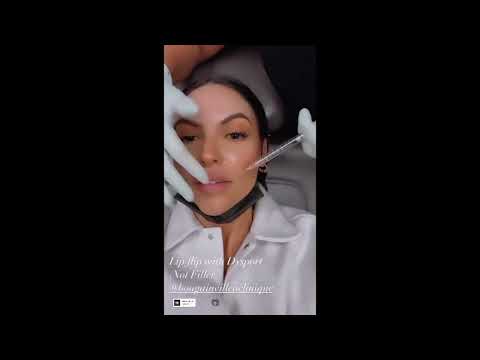 What is the best way to maintain my Botox results?

Just like the body breaks down the natural collagen protein it produces, it also breaks down Botox (and dermal fillers). The speed at which this breakdown occurs may be slightly different for everyone based on their biology and how much Botox they received. Generally, a few culprits have been identified, and can be addressed with the following steps:

* All indicated fields must be completed.
Please include non-medical questions and correspondence only.